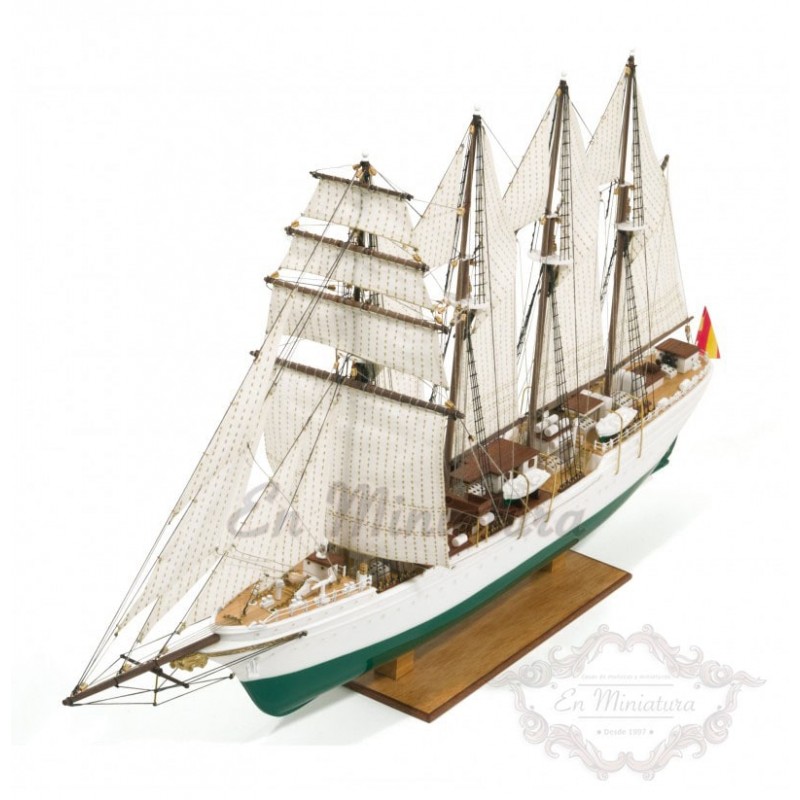 School ship of the Spanish Navy. This 4-mast brig, was built in the Echevarieta shipyards and launched in Cádiz on March 5, 1927. Its first transoceanic trip was around the world in the opposite direction to the Magellan route. Likewise, Elcano has participated in countless parades and regattas throughout its long history, leaving a clear record of its seamanship skills. The main ones include the 1964 Lisbon-Bermuda transoceanic regatta, the 1966 one between Bermuda and Newport or the 1992 Great Columbus Regatta.

No customer reviews for the moment.